A virtual private network (VPN) may help you save money on your airfare by making it appear as if you are a customer booking flights from another country. Switching on a VPN and connecting to a server in Europe or Asia can save you $2-$200. It’s not always going to work but when it does it’s amazing!

Try to connect to a server in a Scandinavian county, Germany, Hong Kong, or Japan. Because of intense competition in these countries, airlines must cut costs in order to compete against one another.

You might mistakenly believe that cheaper flights are offered to to poorer countries. However, it may be even more costly in these places, since it’s really all about supply and demand.

Here are a few other suggestions that you can pair with utilizing a VPN, to game the internet and save money on your airfare.

Explore is a Google tool that allows you to look up flight prices on Google maps. You can compare the cost to fly to anywhere on earth at a glance. This is especially useful if your trip’s end or departure city may be altered. You might also find that two distinct tickets are less expensive than one round-trip ticket.

Flights to Singapore might be less costly than flights to the Philippines or Thailand, for example. You may save money by booking a Singapore-bound flight and then a subsequent trip to another country. Spend the money you just saved getting to see Singapore and eating a fancy lunch. Turn that layover into a stayover.

Another surprisingly inexpensive route is from Portugal to Brazil. It’s worth checking into booking some cheap flights to Portugal and an additional flight to Brazil anytime you’re traveling from Asia to South America. You may go through the US as well, but many nationalities must acquire a transit visa in order for them to fly through the US, so flying via Europe is the easier solution.

Pay With The Airline’s Home Currency

Normally, this is the currency of the country that the airline is based in. Using a VPN to stay on that country’s version of the site, you can force them to bill you in that currency. This might save you a few bucks. Just be sure to double-check the currency exchange from your bank to avoid paying more. You should also read the terms and conditions because a few airlines really don’t like this – mainly US airlines. The easiest way around this is to use an online travel agency like Expedia or Kayak. Expedia can force a ticket to be issued in a country other than the one your credit card is from.

Shop Around and Check Back

Not all booking sites are created equal. Compare a few of them to see which one has the best price. Airlines change their prices frequently, so keeping an eye on them is essential. Last-minute savings are available if you can travel at any time of day or night. The advantage of a VPN is that the airline won’t raise the prices on you because they are monitoring you and suspect that you’re about to make a purchase.

Book About 3 Months in Advance

This is common knowledge. If you book ahead of time it will save you money. However, if you book too far in advance you’ll get a standard flat rate. The airline’s cheapest fares typically come out about 3 months before departure.

On Wednesdays, fares tend to be the lowest. Avoid public holidays, or the build up to them. Most airline sites include a calendar view where you can see rates for various days, weeks, months, and years at a glance. Taking a flight that’s early in the morning or late at night will often save you money.

Let’s Wrap This Up

Now you know a few tricks to find cheaper airfare. Remember that the greatest approach to saving money is to be flexible with your travel dates and times, and to book ahead of time. Also, don’t forget to utilize a VPN. We recommend SurfShark VPN for its no-logs policy and number of servers all over the world. 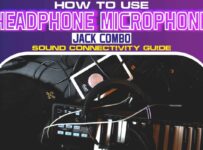