Read on for our guide to the 5 best programming languages for mobile app development and know which one might be right for you!

The mobile app market is red-hot right now. There are over 3 million apps available on Google Play and the Apple App Store, and new ones are being released daily.

To stand out from the crowd, you need to think creatively about developing your app to have a unique selling point (USP) that makes it attractive to users.

One way of doing this is using a specific programming language when creating your app.

Not all languages are suitable for all types of projects, and developers have different preferences depending on their area of expertise and personal tastes.

You can work with a mobile apps development agency to determine the best language for your project.

Here Are The 5 Best Programming Languages For Mobile App Development

It is one of the oldest programming languages in the world, created in January 1996.

Although Java was originally for desktops and laptops, its architecture is suitable for mobile devices.

Because Java is so widely used, many developers are familiar with it, making it a good choice for projects requiring a large pool of skilled labor.

Java is also a good choice for businesses that need to handle a lot of concurrencies because it can easily be used in single-threaded and multi-threaded environments.

Java has a reputation for being a bit more verbose than some other languages. It is also not the best option if you need to create a program that is particularly fast or if you are on a tight budget.

However, if you are looking for a mature, reliable, and broadly understood language, Java is a solid choice.

There is a lot of discussion in the programming community about which language is best for developing apps.

One that often comes up in these conversations as a strong contender is Ruby. Ruby is a general-purpose language that is especially useful for creating applications that require frequent iteration.

It is also often used for data processing projects. Like Java, Ruby is a language that has been around for a long time.

It is mature, stable, and easy to read and understand. For businesses, Ruby is a good option because it is easy to scale and has a large community active in open-source projects.

Ruby is also useful for cross-platform app development. One of the drawbacks of using Ruby for apps is that it might be hard to hire developers who are familiar with it.

However, if you are looking for an open-source language that includes many built-in programming tools and is very easy to read and understand, Ruby might be a good option.

Swift is a newer language that has gained much popularity in recent years. Apple designed it to be compatible with macOS, iOS, watchOS, and tvOS.

If you are developing an app for the iPhone or iPad, Swift is a good choice because it does not have the same licensing issues as the other languages on this list (e.g., Java and Ruby).

Because Apple designed it, it is easy to learn and intuitive. The syntax is very clean and easy to read and understand other people’s Swift code.

Swift is a strongly typed language, which means that it can catch a lot of errors in advance, making it a good choice for projects that need to be highly reliable.

However, like Ruby, Swift is not a great option if you need to scale the app because it is single-threaded.

If you are looking for a language that is easy to learn and understand and offers strong error checking, Swift might be a good choice for your app

Another language worth considering for your app is Kotlin, which JetBrains designed.

It is a statically typed language for Android, iOS, and other platforms.

It is easy to read and understand and is designed to be more concise than other languages, which means that it can save you money on development time.

It is also designed to be interoperable, which means it can be used in conjunction with other languages. This makes it a good choice if you need to work with existing code.

Last but not least on our list of recommendations is Python, a general-purpose language designed in the early 90s by Guido van Rossum.

While Python is not designed specifically for mobile app development, it is very commonly used for building apps because it is a high-level language that is easy to read and understand.

The Python interpreter is open source, and some versions are available for Windows, macOS, and Linux. This means that it is easy to scale the app.

Despite being one of the oldest languages on this list, Python is still one of the most popular languages among developers.

This is because it is easy to read and understand and is suitable for almost any type of project. Python might be a good choice for your next app if you are looking for a language that is general-purpose and easy to learn.

What Is Mobile App Development?

Mobile app development is creating a mobile application for smartphones or tablet computers.

Applications are usually created for a specific purpose, like providing users with information about a particular topic or helping them get around.

They can be used for various purposes, including allowing people to book restaurant reservations, paying bills, sending money to friends, and ordering food.

One of the main benefits of developing an app is that it allows businesses to reach customers wherever they are.

This can be especially useful in markets where people don’t have access to traditional banking services.

In addition, mobile app development can give businesses a leg up on competitors who haven’t yet caught up with the times.

The above are the common 5 Best Programming Languages for Mobile App Development. For a long time, desktop software was the only option for businesses and organizations. Then, as internet connections became faster and more reliable, web apps were developed and offered an important alternative.

With the rise of smartphones and the popularity of apps, the market is further diversified. Mobile app development is becoming increasingly common, and many businesses are investing in it. 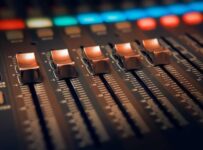 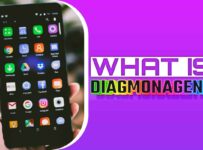