Have you been gaming on the PlayStation Network for some time and noticed a lot of players with modded controllers? Perhaps you’re thinking about playing with one, but you’re not sure how exactly how they work, or whether using one can be considered cheating.

If this is the case, then you are in the right place. In this article, we will cover what exactly modded controllers are, and whether using on can get you into any problems.

What Is A Modded Controller?

A modded controller is a standard controller that has been altered to provide new features, capabilities, and functions not found in regular controllers. Back buttons, extending triggers, fast reload, rapid-fire, and other features can be added to these gamepads to help you perform better.

A mod wheel, short for Modulation Wheel, refers to a controller featured on keyboards like synthesizers and MIDI controllers. It has the shape of a wheel located perpendicular to the keyboard’s surface. The phrase “modded controller” initially came on the market approximately a decade ago. This was when only a few businesses were attempting to tweak PS3 and Xbox 360 gamepads.

The major goal of doing this was to provide players with what they wanted, something that would increase their gameplay outcomes and make their entire gaming experience even better. The Rapid Fire mod was the initial and most basic change, provided for earlier generation consoles. This was a few years prior to the release of COD Black Ops, igniting the modded controller craze. The mod was in charge of the gaming character’s shooting action, as well as pressing the gamepad’s fire button on behalf of the user, and releasing it.

Gamers reacted positively to the feature right away, resulting in a surge in demand for Rapid Fire controllers, as they were referred to then. The feature’s functioning has not been altered, and the most important thing to remember is that this adjustment does not involve any form of game code hacking.

You also cannot use it to go faster than the game’s speed limit for any weapons. This means that you won’t be able to adjust the fire rate of fully automatic guns with the Rapid Fire bonus feature. It is, however, quite beneficial for single-shot and semi-automatic guns. It also has a variety of pre-programmed settings as well as the flexibility to put in place custom shots per second when necessary.

Can Using Modded Controllers Get You Banned?

If you’re caught using modded controllers like the CronusMax, you’ll be banned, particularly in Fortnite. The problematic issue is that because the CronusMax is cannot be detected, many people are able to get away with it. Using customized controllers, such as the Xbox “elite,” would not result in a ban. Third-party firms, such as “Naicon,” have been licensed by Sony to distribute controller mods. SCUF controllers work great as well.

It’s totally acceptable to utilize a modded controller. Countless individuals use the Xbox Elite and the SCUF controller. There is one controller mod type that is deemed cheating when you use it. Having this controller mod in a game can get you into problems down the road, but there is currently no method to detect who exactly is using it. Fortnite’s game developers depend on players reporting those people using these modded controllers.

There are various kinds of bans, with some being more strict than others. Certain games, such as Rocket League, may ban you from spreading toxicity in the chat. There are also games that prohibit you from utilizing exploits in their code, which is some sort of hacking. If you use controller mods such as the CronusMax, you risk being banned.

If you’ve been banned from Fortnite, for example, they have the option of banning either your console or your account. If your console has been banned, you will not be permitted to use that console to participate in the game. An IP ban is by far the most serious punishment that legendary games can impose. This implies that until you pay big money for a reliable VPN, none of the devices in your residence will be capable of connecting to Fortnite.

Going through a ban can really set you back. Not only do you lose all your progress, but all your in-game purchases get lost. Even worse, you may lose the ability to connect to the game using any of the devices you have in your home.

A gamer can only use a modified controller to do things that would be challenging to do manually. These controllers are not capable of altering the game code, and neither do they entail hacking.

Because of the automatic tasks that modded controllers do, gamers can continue going strong after many hours of games. Although Sony does not recognize third-party controllers, they are perfectly legal to use.

Here are some of the top licensed modded controllers that you can use:

One of the two or four extra buttons on these controller mods can be programmed. This is not the same as having macros or scripts. Many gaming pros utilize these controllers, and SCUF is the most popular of them all. As a result, even in a professional context, using these controllers is not regarded as cheating.

While it is a fact that using a customized controller keeps your hands free and provides some benefits, you can’t entirely rely on this alone to improve your gaming skills. You’ll still have to invest a great deal of practice time, be familiar with the game layout, be familiar with the best hiding spots, use a smart strategy, and so on.

Customizing your shots or utilizing a scope alone will not be sufficient to help you win, whereas hacking would. Although it does not really improve much, there are gamers and gaming platforms that are against using modders since they believe they provide an unfair competitive advantage over everyone else.

Opponents of customized controllers believe that, while theoretically permissible, it is still cheating. Don’t anticipate that your performance figures will simply skyrocket because you began using a modded controller, regardless of whether you believe it is a genuine manner of playing a game or not.

Factors To Consider When Choosing A Modded Controller

There are numerous firms on the market now that provide customized or modded controllers with various functionalities. Always purchase controllers from trustworthy manufacturers. Popular firms offer high-quality controllers as well as excellent post-purchase customer service if you encounter any problems.

Here are a few things to think about before making a modded controller purchase:

An LED indicator is not available on all modded controller models. This function, however, should be one of the things you look for in a controller if you are dedicated to gaming. The LED indicator lets you know which features are active and what custom values have been input. You could be entirely oblivious of the active features without this option, which may cause you to lose focus on the game.

Custom parts that are of good quality are made by reputable companies. However, having too many custom parts is not a good idea.

3. The Quality of Build

When a company undertakes to modify a controller, a  technician disassembles a genuine PlayStation or Microsoft controller and inserts a modchip inside it. They also make any necessary exterior modifications for a custom controller. The quality of the custom parts is also important, in addition to proper installation and soldering.

Because the majority of the replaceable components are created by third parties who may not be able to perfectly replicate the shape of original parts, they may have a negative impact on the item’s performance. The best advice is to avoid adding too many custom add-ons to your controller.

This is most likely the most significant factor to consider before buying a modded controller. The easiest approach to determine whether a controller is decent is to read customer reviews and make a purchase depending on what others have to say about it.

It’s difficult to see how utilizing a customized controller could be considered a threat to traditional online gaming. Although a mod can help you accomplish a series of actions quickly and efficiently, it will not turn you into a pro gamer with increasingly high gaming numbers.

You also won’t get any skills, map knowledge, or a sense of the game’s dynamics that you did not have prior to getting the controller. It also will not make targets for you in multiplayer, so you’ll still need to work on those skills yourself. 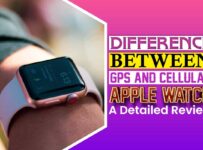