Apple TV is a portable palm-size subscription-based TV box that can connect to your TV via an HDMI cable. You can start viewing content on the TV when your Apple TV is connected to your home wireless networks. The box costs around $69. With steady internet and a three-button remote control, you can personalise your viewership. The Apple TV can stream content from popular services like Netflix, Amazon Prime, Hulu, HBO Max, and Disney Plus.

So, Do You Have to Pay for Apple TV?

No, you don’t need to pay a monthly subscription to use Apple TV, but you have to purchase the box.

Setting Up Your Apple TV

The Apple TV app is one of the best ways to maximise your Apple TV. This viewership will get better with Tv OS15, where you can use the SharePlay feature to watch movies and shows while they are in sync with other Apple Tv users anywhere in the world. You can also sync your Apple TV with FaceTime on your iPhone and get recommendations on content from your household while your phone is synced to the Apple TV.

To set up and use your Apple TV, you need the following;

If you want to take full advantage of Apple TV 4k audio and visual capabilities, you need to get a television that will support 4k resolution. You may also go for a TV that supports HDR and Dolby Vision on your Apple TV 4k.

2. How to Use the Siri to Set Up Your Apple TV

You can use the second-generation Siri by tapping on a clickpad with a touch surface to set up your Apple TV. You can also use the Touch surface, which is the first-generation Siri, to perform the same operation.

Swipe up and down for the first-generation Siri remote control, then left or right to begin the setup process from the touch surface.

To select any item, you can press the centre of the clickpad on Siri’s second-generation remote. Alternatively, you can select an item by pressing Siri’s first-generation touch surface.

3. Setting Up Your Apple TV Manually

Just before you commence your Apple TV setup, make sure you have the wireless network name written down. You should also keep the password in mind if it is password-protected. If your connection is wired, use the ethernet cable to connect your Apple TV.

Turn on your TV and then choose the HDMI input that is directly connected to your Apple TV. In some televisions, the connectivity may occur automatically, and if that doesn’t happen, you have to do it manually.

Continue to follow the on-screen instructions you see on your screen to complete the internet connection between Apple TV and the internet. During your TV set up, press the back button represented by an arrow pointing to the left on the Siri remote or the menu button on the first-generation Siri remote to use the Voiceover feature.

You can also follow on-screen instructions to complete the single sign-on setup and other alternative setup instructions for the Apple TV.

4. Setup Your Apple TV with Your IOS or iPad OS Device

Once the Apple TV screen shows up after turning on your TV, unlock the IOS or iPad OS device, the switch on the Bluetooth and the Wi-Fi. Hold your IOS device close to the Apple TV and then follow the on-screen instructions on your device and the Apple TV to complete the setup.

Keep in mind that this automatic setup of Apple TV does not transfer your Apple ID and password or any other information to third-party applications like Netflix, Hulu. It will not turn on your iTunes match or Home sharing, likewise.

What You Should Know About The Apple Tv Startup Lights

There are several startup lights you may see on your Apple TV, and these lights have different meanings that you must be familiar with. These startup lights are;

Setting Up Your Apple ID On Apple TV

You can use your Apple ID or account to do anything on your Apple TV, and such include the purchase of TV shows and movies and subscribing to some TV channels. If you already have this ID, enter it when you set up your Apple TV. You may want to create an ID on the Apple webpage if you don’t have one already.

You need one Apple ID to use for your Apple TV app and other services like iCloud, iTunes, and the game center. There are several things you can do on your Apple TV with your Apple ID, these are;

2. Apps and Arcade and Fitness

As an Apple ID owner, you can subscribe to the Apple Arcade directly on your Apple TV and then download apps from App stores for free or with a fee at any time.

With your Apple ID, you can view your photos and videos from your iCloud photos and shared albums. The family sharing feature will allow you to share purchased movies, apps, TV shows, and subscriptions on your Apple TV. You can share these contents with up to 6 family members. 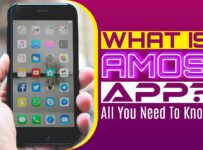 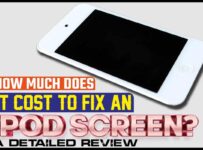