The League of Legends community, like any other gaming community, has its own set of terms. Some are well-known and widespread, while others are used only by a few people or in certain regions. One such term is “honor capsules.” This article will tell you how to get honor capsules so that you can be on your way to becoming the best player possible.

LoL, or League of Legends, is a MOBA (Multiplayer Online Battle Arena) game where you control your champion to fight against other champions. It’s somewhat similar to DOTA but came first and had fewer heroes than Dota does. This game was developed by Riot Games and had over 100 million players worldwide.

The objective of the game is to destroy your opponent’s Nexus. To get there, you must go through multiple layers of turrets that protect each side in Summoner’s Rift map. Once you get to the Nexus, two turrets are protecting it, so you’ll have a hard time breaking through. To break those last couple of layers of defense, you need your teammates to help out and push with you. If everyone on your side dies, though… well, let’s just say that’s not good for your team.

While this sounds simple in theory, it’s a lot more complicated than you think. You have to watch out for the enemy champions and focus on objectives and win conditions that give your team an advantage! If one side has dragons dead while the other doesn’t, then there will be some problem when trying to push towers down.

The Honor System In League Of Legends

Riot has finally revamped the honor system in such a way players are rewarded for being cool while simultaneously improving the way the system is presented. Honor used to be demonstrated through small badges and numbers on your profile. It was never going to be the most efficient method. No one really understood how many honors were required to acquire a badge or how the system worked. Honoring players and receiving respect was a rare occurrence, owing to the fact that the button to do so was mainly hidden.

Players will now be prompted to do so after each match under the new system. After each game, you can honor one of your teammates through a screen prompt that will appear. Your honor level will climb quicker with each honor you acquire. Each player begins at honor level two, and at level three, you begin getting loading screen flair. From level three, you’ll start receiving unique honor loot capsules. All you have to do to level up is play matchmade games and focus on winning.

You will level down and be briefly shut out of prizes if you are punished for something, so be on top of things. There are no other options for lowering your level, which means that you will not lose honor points simply for not being honored. Your level can also be found on your profile, but you cannot see other people’s honor levels.

How To Get Honor Capsules

The honor capsules are the rewards you can get in League of Legends, but you need a lot of effort and time to earn them. Honor points are obtained after every game, depending on how well your teammates play together with you.

If they do their job correctly, then it is more likely that you will get an honor capsule for winning a game. It is an excellent addition to the ranked rewards, especially if you win in a short time and get more honor points than expected. If you manage to rank up your reputation, then you can open an honor capsule with great items inside it that will help your teammates or yourself play better during the following games of League of Legends.

You’ll gain five Key Fragments, either Grey Warwick or Medieval Twitch. You’ll also get a champion shard supposed to be worth 960 BE at the final level. You’ll get one random emote or ward skin if you have both of those skins already.

Beginning in season 8, you’ll additionally receive an Honor Orb each time you pass the honor level 3 checkpoint. These spheres are guaranteed to contain two Key Fragments, and at least 200 BE in champion shards or raw essence.

There will be no more checkpoints when you reach honor level 5, but you will still receive honor orbs at the same intervals. It is important to note that there is no honor level 6. Therefore you will not be able to view the intervals on your emblems. Level 5 Honor Orbs will drop three Key Fragments and a small amount of BE.

Can You Drop A Level In Honor?

You will only drop if you are penalized. A chat restriction would reduce your Honor level to 1 or to 0 if you were at level 1. Your level will drop to 0 after a two-week ban (even if you were higher). Your honor progression will be locked in both circumstances, rendering your account ineligible for hextech crafting prizes.

As long as you exhibit evidence of reform, your honor progress will be unlocked after your restriction has ended. At level 1, you get a lot fewer key fragments than you would otherwise. You don’t get any keys at level 0, often known as Dishonorable. It’s unfortunate, but you can make up for it by playing clean games.

Why Does The Honor Level Reset?

Your Honor level, similar to your rank, resets at the start of each season. Everybody would start around Honor levels 2 and 3 unless they were under Honor level 2 prior to the new season.

Players that regularly fought with honor throughout their games and ended with higher Honor levels have an advantage over those who did not. On the Honor website, you can see which checkpoint you’ve been reset to.

What Are Checkpoints In League Of Legends?

Checkpoints are the system responsible for saving your progress in League of Legends. When you start a game, if something happens to disconnect you from it (e.g., servers go down) or your internet goes out, then when the problem is fixed and you log back into League of Legends, it will reconnect you to that exact spot.

Checkpoints are a great way to make sure you don’t lose any progress when something goes wrong. However, there’s no official way of knowing where your checkpoint is. That said, the game will always place it at the start point for each stage in League of Legends. So, if you get disconnected from a game, then that’s where your checkpoint will be.

After level 5, checkpoints are no longer available. You’ll still obtain level 5 Orbs for continuously good play, but they are not called checkpoints because there isn’t a level 6. A few Honor level 2 Orbs will be lost. However, you’ll advance to higher rewards faster, and they’ll continue to come even after you’ve returned to level 5.

Key Fragments In League Of Legends

Playing games and attempting to avoid Instant Feedback penalties such as chat restrictions and bans are two simple ways to get all of your key fragments. That is all there is to it. It’s a low bar on purpose since we want you to obtain your goods. To obtain keys, you don’t have to be acknowledged by your teammates. Other prizes, like loading screen flairs, are linked to individual accolades. Whether you win or lose the game, keys can fall. When surfing the client or logging in, key fragments are hit. At checkpoints and level-ups, you’ll obtain critical fragments as well.

Key fragments are a currency that can be used to purchase the majority of Hextech content. There is no other way to get these items aside from paying for them with the essence of purchasing Hextech Crafting chests, so it’s essential to save your key fragments until you have enough to buy something good.

In League of Legends, there are six different types of chests in Hextech Crafting. For example, you can get all kinds of items like skins and champions using the blue chest. In addition, there are also chests with champion shards so that you can craft the specific champions that you want.

The honor capsules are a great way to show your appreciation for the players you’ve matched up with and make sure they know that you appreciate their skill. These honorable acts will not go unnoticed, as many capsule recipients will be more than happy to reciprocate when given the opportunity.

Now that you know how to get honor capsules in League of Legends and what they do for your account, there will be no need to spend hours on the internet searching for a way that might not even work. Start using these tips today and see if it doesn’t make playing League more fun. 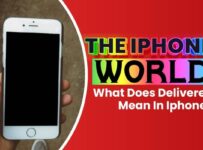