Have you ever wondered what caused the recent 3G shutdown? You’re not alone! The GSMA 3G network is a complex system of cellular towers and antennas that kept us connected. While wifi calling can still be used, new systems require 4G or 5G to fully operate.

Today, we will explore the mysteries of cellular networks and find out what causes a 3G shutdown. We will also cover if you should consider upgrading to 5G and how.

Explain GSMA 3G To Me.

The GSMA 3G network is a system of cellular towers and antennas that are spread out across the globe. This system provides 3G coverage to mobile phone users. To keep the 3G network running, mobile phone operators need to maintain and upgrade their equipment.

There are many reasons why a 3G shutdown may occur. One reason is that the equipment needed to run the 3G network may no longer be supported by the manufacturer. Another reason is that mobile phone operators may decide to upgrade their equipment to support newer technologies, such as LTE or VoLTE.

Should I Upgrade To An LTE Phone?

When Will 3G Be Shut Down?

The final date that the 3G networks will be shut down is February 22, 2022.  After this date, 3G-only phones will no longer be able to connect to the GSMA 3G network. Mobile operators may decide to shut down 3G at different times, depending on their network plans.

What Should I Do if My Phone Only Supports 3G?

If your phone only supports 3G, you have a few options. You can keep your current phone and use it as a backup device over wifi calling. You can also purchase a new phone that supports LTE or VoLTE. Look for new options and calling plans that are helping this network transfer with free 4G and 5G phones.

Will 3G Be Completely Phased Out With the Introduction of 5G?

The 3G network will not be completely phased out with the introduction of 5G. While 3G networks are being shut down, many mobile operators are still offering 3G service in some areas. This is because 3G provides good coverage and speeds in many rural and suburban areas. In addition, some mobile operators are using 3G to provide voice service in areas where LTE or VoLTE is not yet available.

What Is 5G and What Are Its Benefits Over 4G?

The fifth generation of cellular networks, or simply put “fifth-generation” is a combination of technologies that provide higher speeds and lower latency than previous generations. There are many benefits of using a 5G service, including:

What Do You Need To Upgrade to 5G?

If you’re interested in upgrading to a fifth-generation cellular network, you’ll need a few things:

So, there you have it! 3G is being phased out in favor of faster and more efficient cellular technologies. Many complex factors go into 3G and various other cellular networks. So it’s important to be aware of the different technologies available and what you should upgrade to.

Do you have any questions about 3G shutdowns or other cellular network topics? Let us know in the comments below! 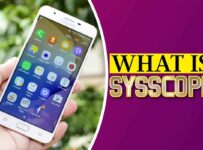 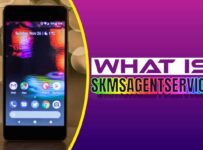