The decision to buy a Mac or Windows is based on an individual’s choice and preferences. As a graphic designer, a lot of reasons lay the grounds to select either Windows or a Mac computer.

A majority of users select Mac over PC, and there are a plethora of reasons behind that. In the current era, a majority of the creative and design industry is using the Mac operating system.

Let’s go through some of the attributes that make Apple computers best for graphic designers.

A significant part of graphic designing is to handle graphics, type, and colors. Since Apple’s history of being the designer’s device is a major player in selecting Mac, the brand has worked a lot to improve its colors and fonts.

When it comes to fonts and graphics, Windows computers can achieve the same level of output. So, your personal preferences and budget contribute significantly to your choice of selecting a Mac or Windows computer.

Software: Both Have What It Takes To Be The Best

Both Windows and Mac computers are the best in their own way. Windows offers Cortana, window management, and touch interface while Apple gives access to Siri on desktops and laptops; it lags in touch screens, though.

As far as graphics are concerned, both operating systems are optimized to run heavy-load graphic design apps such as Adobe Photoshop, InDesign, Illustrator, and more. Since Mac is considered a handy graphics computer, several apps and tools are Mac-only and run seamlessly on macOS.

Apple focuses on delivering the best user experience, and a simple interface makes it possible. The new features added to each updated version of the operating system are designed to give an immersive experience in terms of usability and simplicity.

For simple to advanced features, Mac allows you to handle each task easily without following an array of steps. Whether it’s about cleaning the desktop or clearing the Photoshop cache on Mac, you can do it in a few simple steps.

Apple is known for its elegant, sleek design that makes them highly portable. Though Windows laptops are easy to carry, they are comparatively bulkier than MacBooks. The aluminum body and crystal clear finish make Apple laptops premium in the category.

When it comes to graphic designers’ choices, they prefer MacBooks over Windows laptops. It’s relatively easy to carry MacBooks wherever you go due to their sleek design and lightweight features.

Mac accessories are designed with simplicity in mind to deliver elegance and precision in whatever you do. The Trackpad helps you take full advantage of gesture controls, and there are accessories that help you control the operating system completely.

The pencil, the magic mouse, and even the Airpods integrate some of the best technology to deliver the optimal performance you deserve. Being a graphic designer, all these accessories help you focus on your work and come up with captivating digital designs.

Why macOS Is Better: A Quick Overview

Although Apple computers are designed to handle all sorts of heavy and resource-hungry tasks almost seamlessly, you may not be able to take them along wherever you go.

That’s when an iPad comes in handy as you can do plenty of tasks on the highly responsive device from the house of Apple. You can create your digital designs on iPad by installing apps such as Procreate or Concepts.

As you continue to add more Apple-designed products to your graphic design toolkit, you will be able to explore the power of the Mac operating system. All the operating systems meant for different devices such as macOS for computers, iOS for iPhone, and iPadOS for iPads integrate so well with each other that they make collaboration across devices almost seamless.

Well, these are some of the common reasons that define why Mac computers are considered more useful for graphic designers; you can explore advanced features and benefits too. It will help you make a more informed decision on what device you should buy to handle your graphic designing tasks seamlessly and effortlessly without having to worry about memory, storage, compatibility, and other factors. 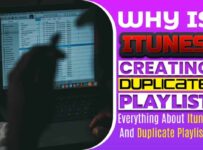