The internet has grown more and more popular since it was launched, and it is currently taking out all wired communication platforms.

Podcasts, video calls, images, and videos can now be easily shared over the internet as hardware components support higher speeds.

One of the most significant advancements in the field of communication over the internet is VoIP.

Let us break this topic down and get unto the details of it to see what it is all about and some of the advantages it can offer you;

What Is VoIP Caller?

Voice over Internet Protocol bypasses traditional phone lines, and the costs for calls are cut down by as much as 40% on regular calls. The cost is even less for international calls since the distance is not a significant issue regarding the internet.

How Does VoIP Work?

VoIP is short for VoIP over Internet protocol, and it simply means phone calls over the internet. This means that the technology allows telephones to run and communicate like computers on a network.

VoIP refers to the movement of voice over a stable internet network. With VoIP, you can use your internet connection to make phone calls instead of traditional copper lines or public telephone networks.

Using IP addresses in telephony allows for more versatility; you can transfer voice, data, images, and videos to multiple devices, including laptops, smartphones, and tablets, at reduced costs. An IP address identifies your device on the internet for direct communication.

Each device has a unique address, and VoIP uses this address to send the call to your device. VoIP service providers make calls and handle outgoing and incoming call routing through the telephone network.

Landlines and cell phones rely on the PSTN to make a call, and it is in most cases expensive and inefficient compared to VoIP. To understand how VoIP works, it helps to compare it with traditional phone calls.

Using an analog line to make a phone call will establish a dedicated line between the two devices for the call’s duration. VoIP uses the IP address to send data packets to the recipient’s phone.

When you use VoIP to call over the internet, your voice will be encoded into digital data, and the data will be recorded to a tone signal at the other phone. Codecs is responsible for this coding and decoding of data along with its compression.

Codecs analog is used to code the analog signals from a phone into digital ones that can be compressed and sent over the internet. When the signal gets to the target, it will be restored to its analog form, and the receiver will hear the other person speak.

Compressing the data ensures that your call is transferred faster, your call will therefore be of better quality, and you will have a generally better experience. Codecs is necessary since VoIP uses digital signals, unlike traditional lines that use analog signals.

Although this idea seems complex, it is very similar to receiving an email or a video file. The coding and compression are necessary to increase the speed and security of your call. If both users have VoIP, then the whole call will travel over the internet.

If the receiver is using a traditional network, the phone call will go as far as it can with VoIP, then switch to a public network to get to the phone. VoIP is a flexible service that will be beneficial to many users, and you will appreciate it.

Humans learn from history to get inspiration and a guide on how we shall forge our future. As VoIP is taking over the phone communication platform, it is necessary to look at this idea and where it came from so let’s get to it;

VoIP is not a new idea. It was first launched by VocalTech, an Israeli company, in 1995. It was initially an idea to save money on long-distance calls, especially international calls, and they did this using Internet phones.

Internet phone was an app that used a microphone and speaker to give users computer-to-computer voice calls.

One user could use the app to call another if they had the app, and the benefits of this idea were becoming more apparent.

VocalTech began to be part of MagicJack in 2010 and has since joined more companies. The idea was embraced, and now numerous applications and communication systems use VoIP for complete business solutions and personal telephony.

Most device manufacturers such as Apple integrate native IP applications into their existing smartphones through Facetime for call and video functionality. Using the internet to make calls is cheap to install and use hence its wide global acceptance.

As time goes by, users embrace VoIP and leave traditional networks since most users have stable internet connections. The additional privacy and security offered at a lower price make this an irresistible idea.

If you have a good internet connection, you will enjoy VoIP service without a hitch. A considerable bandwidth will allow you to make more calls of better quality, even in remote areas.

New technologies are invented and refined to fix the issues that were presented by technologies that came before. VoIP is one of these new technologies, and the rate at which it is being used suggests it has many benefits, so let’s look into it;

If you have an issue with paying a lot to make phone calls, especially international calls, then VoIP is something you will appreciate. With the right service provider, you could cut down your bill by up to 50%.

This technology saves a lot of money since only one network carries the voice and data needed for the call. VoIP uses the internet, and you don’t need a traditional line; therefore, you will only pay the internet bill to cover the phone charges.

A VoIP communication system is very different from a traditional call system. One of its most significant advantages is the ability to call whenever you have a decent connection.

If you have a connection, you can call for a business, and if you can’t take a call, you could forward it to another person or voicemail. Since the whole system is digitized, you could choose to email the voicemails.

As more people use their phones for work, remote access that keeps businesses flexible is in demand more than ever. Your employees can use your broadband account to stay connected and productive even when they are apart.

VoIP networks are much softer than private box exchange networks; when you choose VoIP, your calls will be sent to a converter to allow regular users to receive regular phone calls.

Your phone number is programmed in the converter; thus, you can travel with your phone and phone converter anywhere on the globe and use VoIP service. Phone networks are limited by the number of lines in a phone, while VoIP is limited by bandwidth.

This limitation means that you can make thousands of unique contacts on one phone, and they are all easily accessible to you.

If you have a good internet connection with a large bandwidth, you must have noticed the fantastic sound quality that comes in through your VoIP calls. It matches the quality of the traditional call and might even be better.

If you live in a remote area without a strong connection, the voice and connectivity will be damaged, so it is best to look at the connection before switching.

It will be cheaper to spend extra money on a better internet connection and use VoIP rather than traditional lines.

The most significant disadvantage of using VoIP connections is that there is no service in a power outage.

This is because the power provided by the phone line can sustain the communication in traditional lines but not VoIP.

Your VoIP service is as good as your internet connection; if your speed or bandwidth is low, the service will suffer.

At least 100KB upload speeds must be available to get a good internet connection on each device.

Due to bandwidth insufficiency, some calls may delay or disappear altogether. This is because each call needs time to code and recode information.

This problem is getting bigger as more sophisticated algorithms are used in coding and decoding.

For a business, VoIP is an ideal solution for providing users with ideal phone service without spending too much money.

One of the reasons for VoIP’s expansion is the low cost of installation and use and the flexibility and convenience it offers.

The quality of VoIP calls was unreliable at first; as time went by, bandwidth increase has dramatically increased call quality, and this technology is becoming the first choice for many companies with stable internet connections. 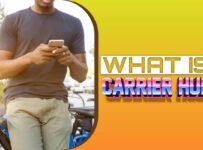