iMessage and Signal Messenger are two of the most widely-used chat networks. While iMessage can only be used by those with Apple devices, Signal is for Android and iOS platforms.

If you’re in the market for a new chat network and are trying to decide between iMessage and Signal, we’ve got the information you’ll need. Below you’ll find a comparison of the two options, including the pros and cons of each, so you choose which is best for you.

iMessage is an encrypted app built into Apple software as the default messaging setting; iMessages can only be sent from one Apple device to another, although the app can be used to send regular SMS texts.

Its end-to-end encryption makes iMessage an extremely safe and secure platform – only the sender and recipient can view the details exchanged; even Apple can’t access them. However, it’s worth noting that if iCloud is used as a backup for messages and associated files, they may not benefit from the same level of security.

iMessage uses a simple, minimalistic user interface that is in keeping with the other Apple platforms and apps. You just need your Apple ID, email address, or phone number to send and receive messages, and it’s super easy to get started with. The platform also supports voice messages- a helpful feature that allows users to convert voice messages into text for extra convenience on the go.

If you’re using wifi, it’s free to send iMessages between Apple devices – these messages are colored blue. Messages sent and received via SMS are colored green, so they’re easier to spot, and you’ll pay your usual messaging rate for every SMS message sent.

Users can see when their message has been sent, received, and read by the recipient and also when the other person is typing a response. There are also lots of fun extras with iMessage, such as adding effects and stickers, including full-screen effects. If your phone uses face ID technology, you can even put together a Memoji video to mirror your expressions.

One of the most useful perks of iMessage is that it allows users to sync messages across devices (that are Apple, of course). As you receive, send, and delete messages on your iPhone, the app will immediately sync these changes to your other devices, meaning you can seamlessly switch from your mobile phone to your desktop mid-conversation.

Signal is an open-source software app that can be used by those with either Android or iOS devices, and it’s free of charge to download. This platform relies solely on the user’s internet connection, so SMSs can only be sent by Android users. Where this is the case, the user would need to make Signal their default SMS messaging app, and as such, any messages sent would go through their usual data plan and be charged as normal. To use Signal, the app must first be downloaded from the Google Play Store or similar.

As with iMessaging, Signal deploys end-to-end encryption to keep users’ messages secure and safe from hackers and snoopers. Due to its open-source credentials, anyone can check the app’s security protocols and audit the system.

Signal also features a Privacy Screen to keep your conversations and details safe from snoopers looking over your shoulder or in the event of someone using your phone who shouldn’t be. Turning on the Privacy Screen blocks previews of texts displayed, meaning there’s no risk of personal information flashing up on the screen at an inopportune moment.

Signal Desktop is a feature that works similarly to WhatsApp Web, which is popular with many users. The app’s Note to Self tool is a handy way to remind yourself of an appointment or task by allowing users to send themselves a message by syncing their phone to their desktop.

Regarding iMessage and Signal, crowning an overall winner is a tough call! For Apple users, sticking with the default iMessage is likely to be a good decision – it’s designed specifically to integrate with other Apple devices and apps smoothly.

However, if you use another device or OS, Signal is an excellent choice compared to the many other messaging apps and platforms out there. Its enhanced security, which features additional tools to protect users’ phones and to safeguard privacy while on a group or video chat – and its open-source credentials – elevate Signal above its competition. 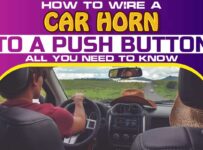